Egypt’s second city and largest port, Alexandria comes across as refreshingly unintimidating and orderly when compared to Cairo. This is a lovely city to explore on foot – it’s hassle-free and endlessly rewarding, whether you follow the sweeping palm-lined corniche to the imposing medieval walls of the harbor-front Fort Qaitbey or wander the narrow backstreets through bustling markets to its many Roman ruins.

Contemporary Alexandria, set at the physical and cultural juncture of Africa, Europe and Arabia, is a difficult city to pin down. Though predominantly Islamic, it still remains the most important center of the Coptic Church, founded here almost 2,000 years ago. Architecturally, the city has a distinctly Mediterranean character, while its aura of moderate affluence is decidedly atypical of urban Africa. Alexandria’s historical pedigree is second to none. It was founded in 334 BC by Alexander the Great and served as the capital of Egypt for 1,000 years.

It was in Alexandria in around 30 BC that Cleopatra’s suicide by snakebite marked the last gasp of the Pharaonic era, and, a century later, that the earliest incarnation of Christianity was first formally codified.

Roman Amphitheatre The recently excavated amphitheater is the city’s most impressive surviving Roman structure. A selection of delicate mosaics can be visited in situ in the adjacent Villa of Birds. Kom es-Shoqafa Catacombs These eerily brooding 2nd-century-AD relics of the Roman occupation are reached by a spiral staircase that burrows 115 ft (35 m) underground. After a trip here, visit nearby Pompey’s Pillar, a 82-ft- (25-m-) tall Pharaonic column.

Bibliotheca Alexandrina This modern landmark, which evokes its legendary ancient namesake, was inaugurated in 2002, more than two millennia after the original building was razed to the ground by a Christian mob. The ancient building contained some 700,000 papyrus scrolls, and its modern-day replacement ranks among the world’s largest libraries, with shelf space for eight million books.

Fort Qaitbey Built in the 1480s to guard the entrance to the harbor, this imposing fort stands on the foundations of the 492-ft- (150-m- ) high Pharos Lighthouse, which was built in the 3rd century BC and collapsed 1,000 years later

P Modern Cairo was founded on the east bank of the River Nile in AD 969, but the area boasts a history stretching back to Pharaonic times, as evidenced by the iconic Pyramids of Giza and the Sphinx, which watch over its western outskirts. Often dubbed “the city that never sleeps,” Cairo is Africa’s largest metropolitan area. Attractions include the mind-boggling riches of the Egyptian Museum, the historic Coptic and Arabic quarters, the Cairo Opera House, and the soccer stadium.

Sheer urban chaos. There’s a 24-hour aural backdrop of horn-blasting traffic, a tangible aura of pollution, the world’s most aggravating taxi drivers, and, above all, crowds – caffeine-addled locals clogging up the pavements of Midan Tahrir, snap-happy tourists, and hawkers thronging around the pyramids.

If you can adapt to this mayhem, Cairo soon asserts itself as one of the world’s great cities. Fail to adapt, however, and there are always the outlying pyramid sites of Saqqara and Dahshur (see pp12–13) for relief.

Getting There and Around International flights land at Al Nozha Airport, 4 miles (7 km) southeast of the city, or Borg al Arab Airport, 31 miles (50 km) to the west. Reliable train and bus services connect Alexandria to Cairo. The city center is easily explored on foot. Taxis are cheap and a good option if you want to explore further afield

The illustrious past of the city named the “Capital of Memory” by the 20th-century British novelist Lawrence Durrell reveals itself in tantalizing glimpses. No trace remains of Alexandria’s ancient founder, despite persistent rumors that his tomb lies beneath the Roman amphitheater. The site of the original library was discovered as recently as 2004, and the ancient foundations of the Pharos Lighthouse now underpin the more recent Fort Qaitbey. And then there is the palace where Cleopatra had her dalliances with Julius Caesar and Mark Antony, which has long been submerged in the harbor and is currently being excavated. 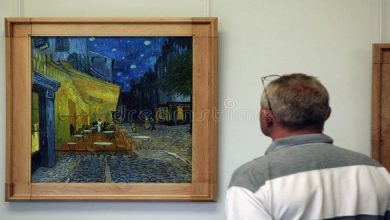 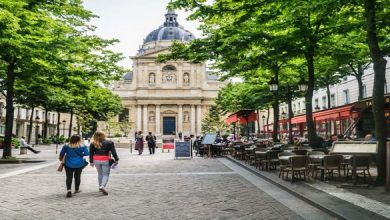 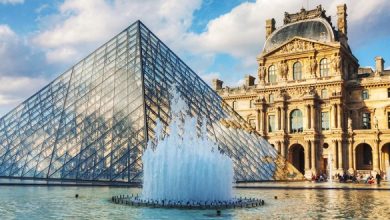